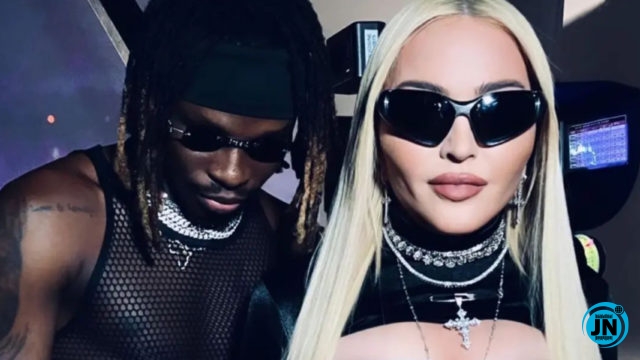 Fireboy, who is presently on tour in the United States, will appear in the iconic artist’s video.

However, it is unclear whether he will also be included on the song; this is interesting, as Fireboy DML appears to be making moves and expanding his brand internationally.

The YBNL sensation Fireboy DML is having the time of his life in the United States of America in 2022, as he was sighted on the video set of Madonna’s smash song “Frozen” remix alongside the Grammy award-winning legend Madonna.
We are eagerly anticipating the release of the video.